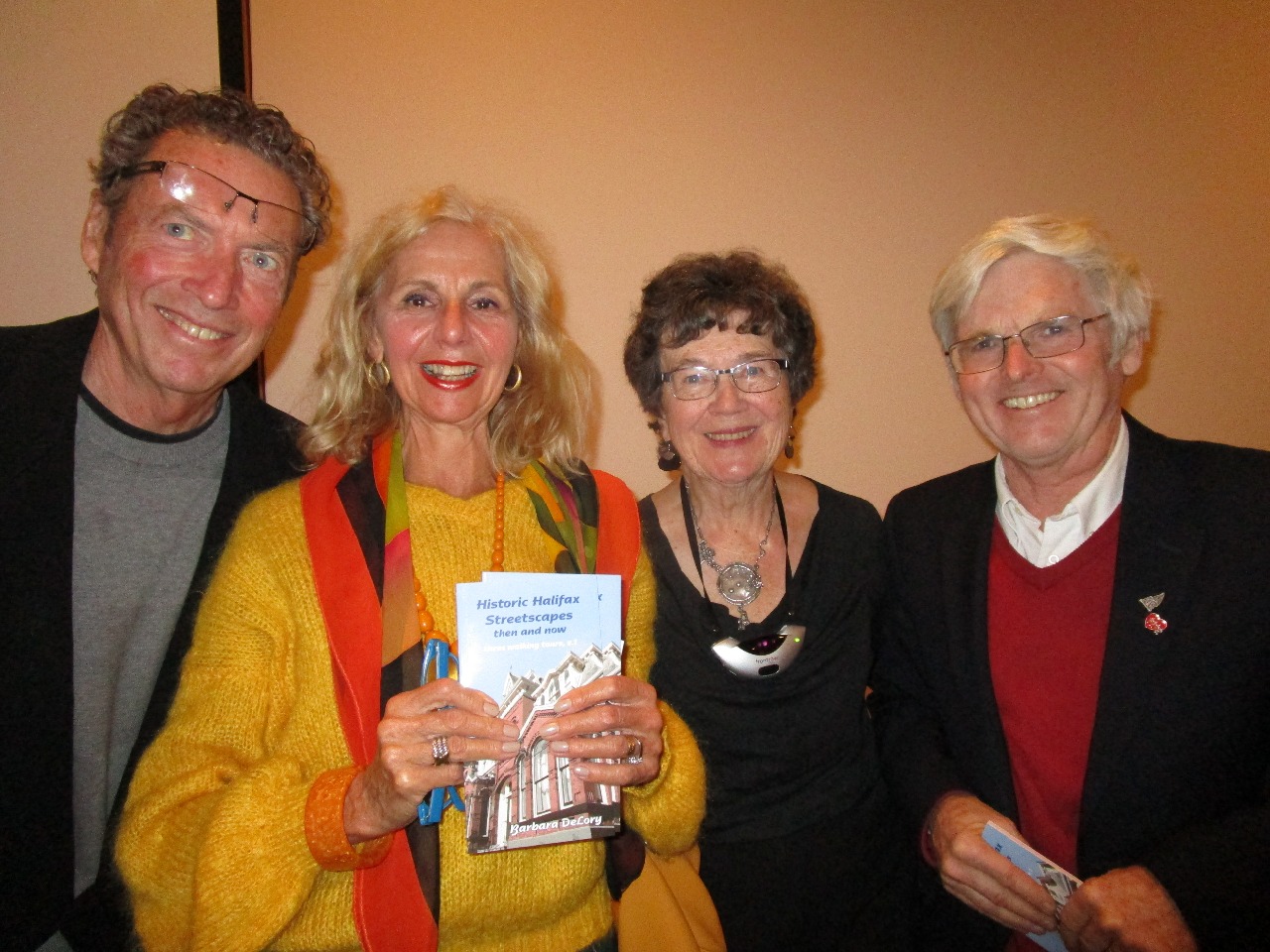 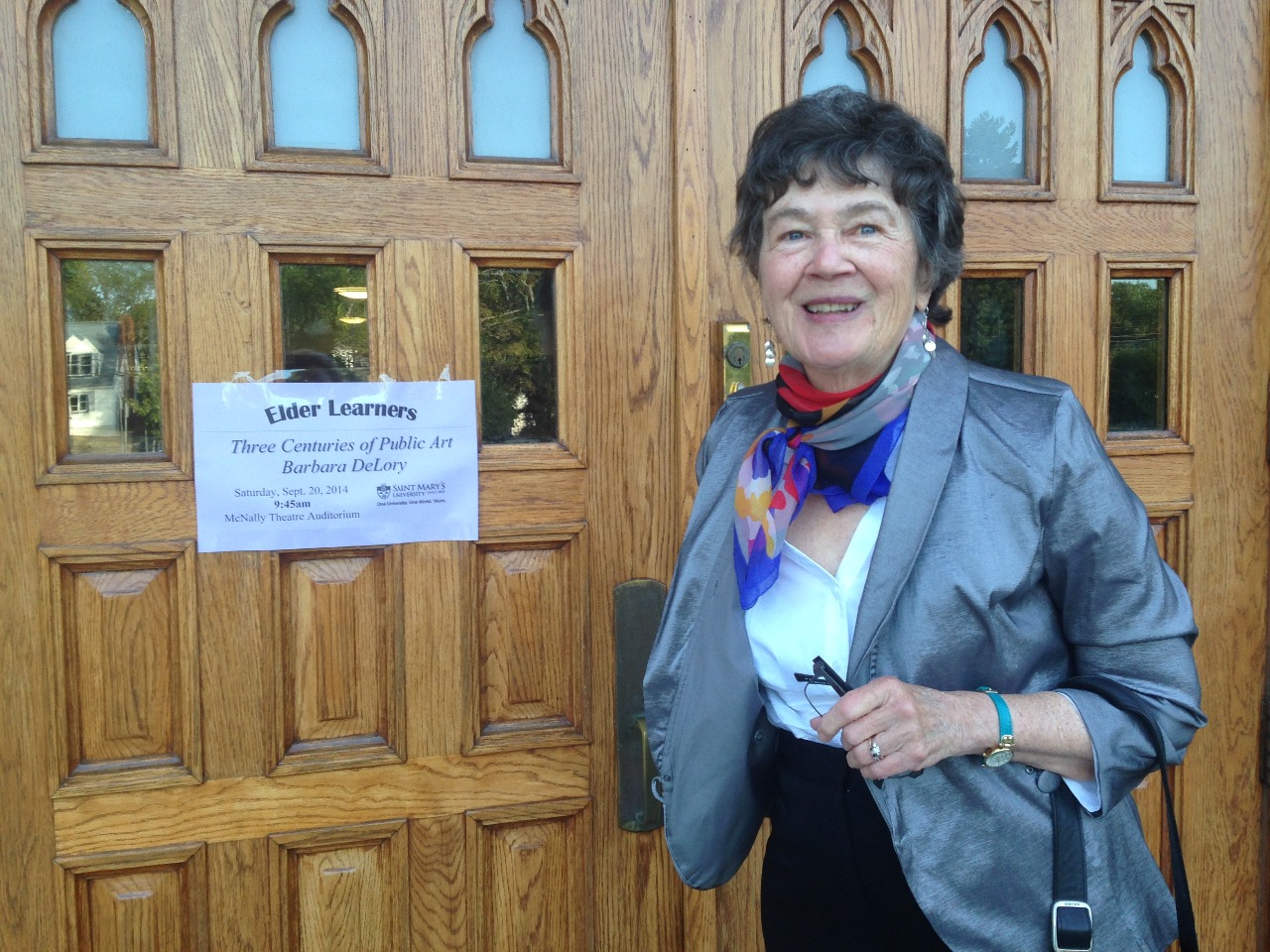 Barbara spoke to the Elder Learners at Saint Mary's University. 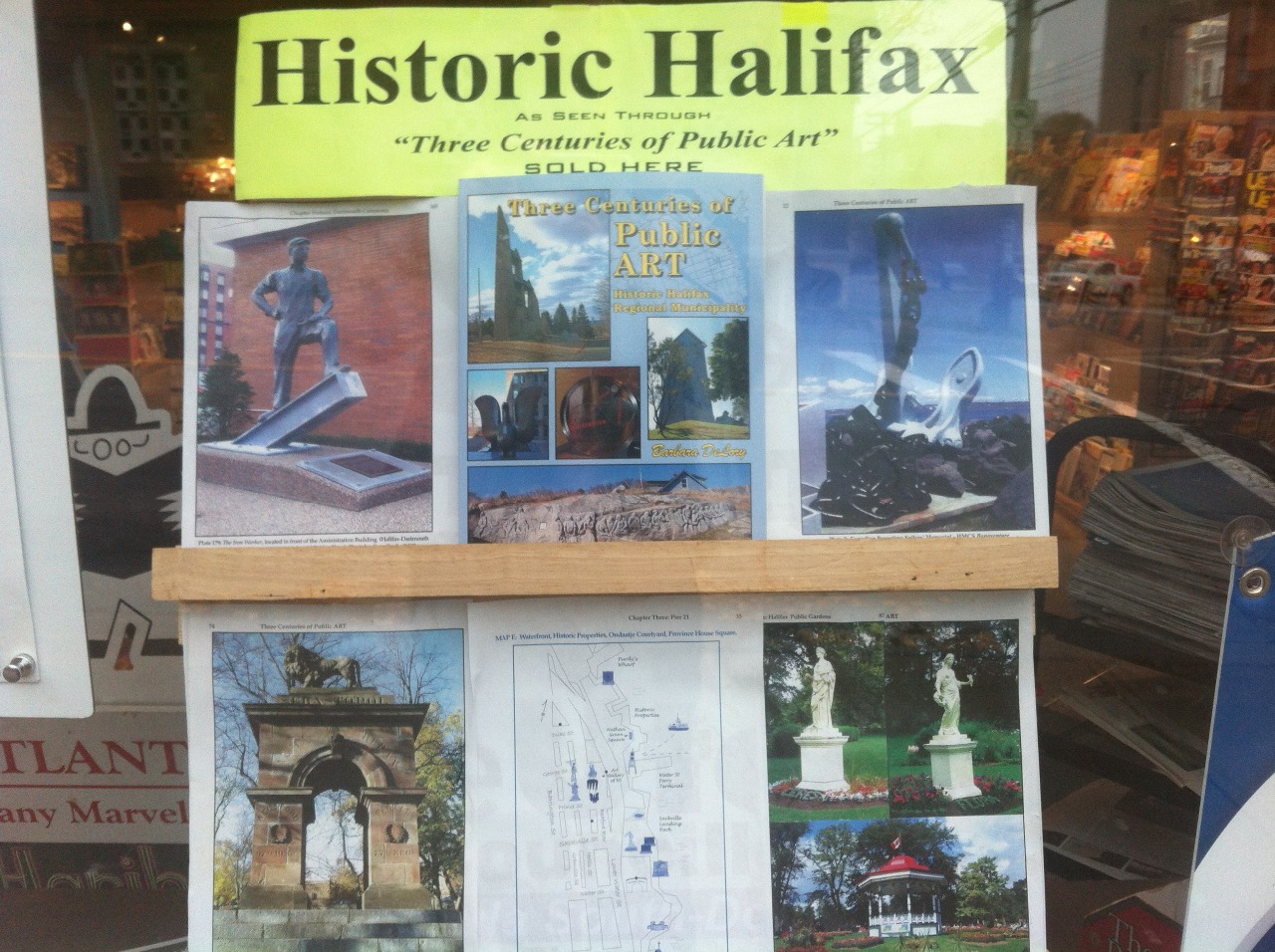 Barabara's book on display at Atlantic News on 5560 Morris Street to showcase the history of war memorials. 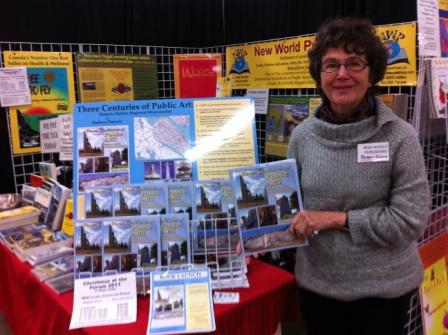 Barbara enjoyed meeting people at Christmas at the Forum. 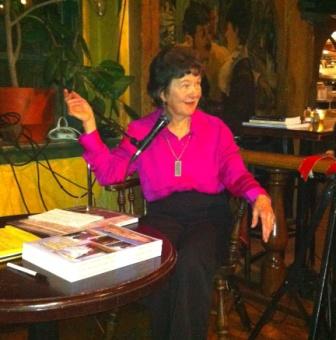 Barbara speaks to the audience at The Economy Shoe Shop during More Than a Reading Series hosted by Kathleen Healy.

WEDNESAY, NOVEMBER 9 - The official book launch was a success!  Over 75 people joined Barbara to celebrate Three Centures of Public Art: Historic Halifax Regional Municipality at the Public Archives of Nova Scotia.  Thank you to all for your encouragment and support. 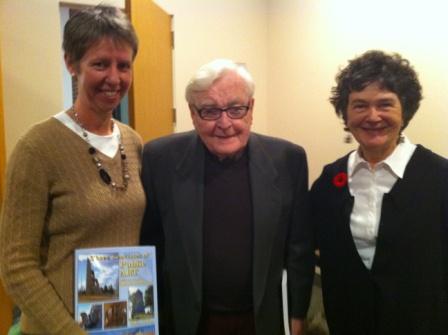 April 5, 2014 - Halifax Author event - Barbara will be a guest speaker at this event and will be avaialble at her table for book signings

September 27, 2012 - Barbara will be the speaker at Dartmouth Historical Association at 7:00pm with a concetration on Dartmouth Public

October 3, 2012 - Barbara will give a talk on Three Centuries of Public Art: Historic Halifax Regional Municipality at Keshen Goodman Library, with an overview of that area’s public art

October 16, 2012 - Barbara will be the speaker at Scott Manor House, Fort Sackville Foundation at 7:30pm with a concetration on Bedford Art

September 16, 2012 - Barbara will be the speaker at the Dartmouth Visual Arts Society at 2:00pm in the Alderney Gate Rotunda

Wednesday, February 22nd - Please join Barbara at the Spring Garden Road Public Library in the Program Room for a book talked titled, “If you listen they will speak,” from 12:00pm - 1:00pm.  Books for sale will be available from co-sponsor, The BookMark, before and after the event.

Friday, November 4 - Please join Barbara at Christmas at the Forum. She will be signing her book at the New World Publishing Booth from 6:00pm to 9:00pm.

Wednesday, October 19 - Barbara will be the guest speaker for the monthly meeting of the Sustainers, Junior League on October 19th.

Sunday, September 25 Word on the Street at Maritme Museum of the Atlantic 11:00am-5:00pm - Please visit New World Publishing's booth at Word on the Street for the launch, viewing, and purchasing of Three Centuries of Public Art: Historic Halifax Regional Municipality.